It may have been midnight ....but I finished my 9 patch blocks for April! 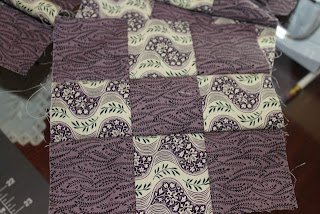 So not to leave May till the end ...I did them TOO! 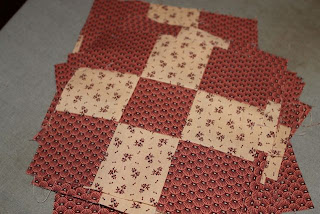 Last weekend DH and I hit the road again in the Bash car...Good 'ol Car 57 for a Trek reunion.

It was so much fun and we did a 360 klm Trek through the Bunendoor, Majors Creek,  Araluen and Braidwood areas around Goulburn 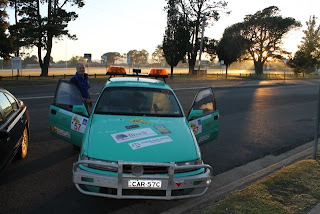 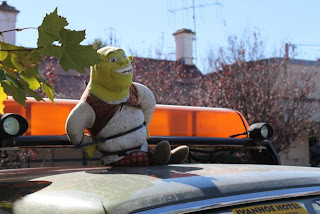 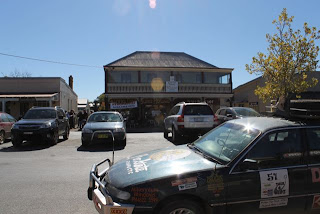 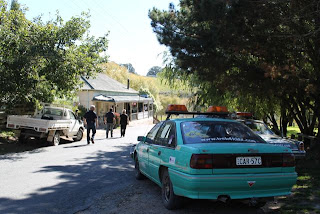 
Pre lunch drinks at Araluen
Then lunch at Braidwood RSL...but no time to explore.....Im sure there is a quilt shop here somewhere!
Being the navigator (she who must be obeyed), following the directions...operating the radio...(10 / 4 good buddy! ) ..and the dust lights and the siren just dosen't leave room for my stitching ... though I did take some with me...just in case. 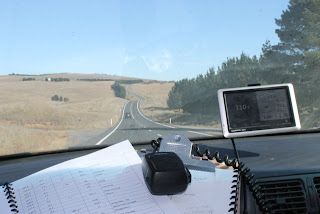 River crossing...looks so peaceful, but caused heaps of problems!! 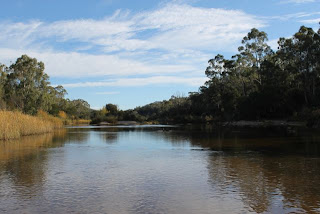 A little fun...(and a lot of dust) in a dune buggy 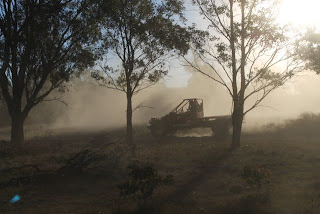 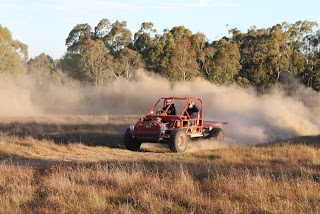 Then back to Goulburn to the Gordon Hotel for a spit roast dinner, catch up with a great bunch of people and lots of laughs reminiscing over our Trek 4 kidz Ridge Top Trek in August last year.

If it looks like this was a bit of a pub crawl ...It was!!   drinking lemonade of course!

Till next time
cheers
Floss

In honour of Anzac Day, I'd like to pay tribute to Pt Harry Charles Guy.
Harry served with the 2nd battalion AIF and died at Gallipoli 5th August 1915.  He was 23.

When Harry arrived in Australia from the New Forrest area in England in 1912, he worked as a labourer on a farm owned by Sydney Hubbard at Ardlethan NSW.


When war broke out, Harry enlisted, thinking he would get back to England.
Syd also enlisted and he did get to England where he met and married Harry's sister and after the war bought her to Australia as a war bride. They became my grandparents.


While sorting out my Dads things, I found a small tin box with old newspaper cuttings, and on the top was a postcard from Egypt, written by Harry to his sisters on Xmas Day 1914. He was expecting to get orders any day to move to the front. 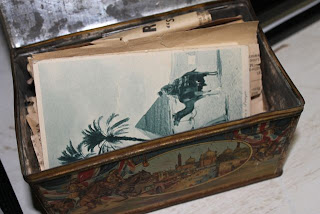 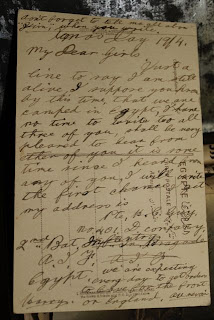 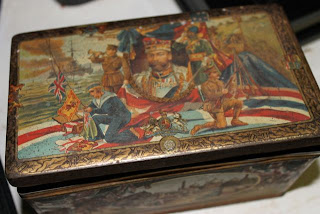 I treasure this letter, and the dear little tin box.
Every Anzac Day I think of Harry ... he is buried at Lone Pine and I would love to go to a service over there one day.


This year I have a connection...  My goddaughter's husband, Able Seaman Dayne Grindley will be playing The Last Post on the bugle at the Dawn Service at Gallipoli .... I am just so proud. 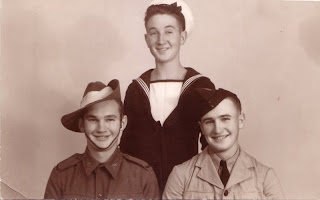 Three sons of Sydney and Caroline enlisted in the 2nd World War.
My Dad in the Army, Uncle Gordon in the Navy and Uncle Bruce in the Airforce.
No longer with us ... but never forgotten ... and always loved.

Or sit in the garden and stitch...

But unfortunately I have to finish the painting...dam it!
Just thought I'd do a quick post while I waited for the walls to dry and the sun to move off the window so I could do its final coat.

At least I finished this last night...

It's my SAL project for April....Natalie Bird's, Bon Noel wallhanging from her Tis the Season book.
I'm loving being a part of SAL as it motivates me to finish something each month....thanks to Chookyblue for her organization ...she's such a lovely 'ol chook!

IF I finish the painting ....maybe I can stitch.....have to get my 9 patch blocks finished or I might get some eggs thrown at me!!

Well..back to it!
I hope your enjoying your day
Cheers
Floss

Fairy Floss Stitches
Its about time I stopped lurking and joined in. A mum with 3 gorgeous daughters, 2 dogs and a hubby (the boy)